Here is the game I had that rotation problem with. Use the mouse to control the steering. Post your best times in the comments! 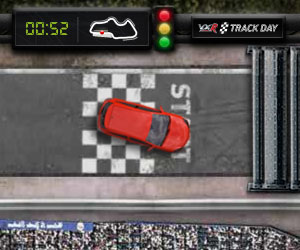 This is another Flash on the Beach AS3.0 experiment. There is a perlin noise field that controls the rotation of a series of circles that are slightly off centre. Looking at this one in action makes my eyes go funny. Click on the image below to see it animate. 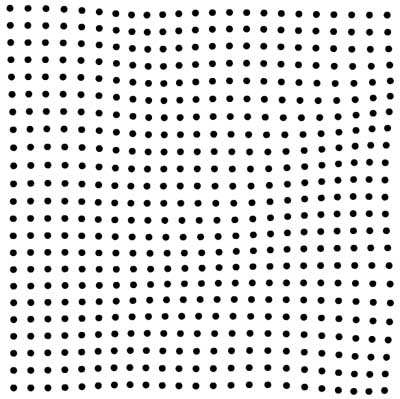 Here is an experiment inspired by something I saw at Flash on the Beach. I can’t remember which speaker showed something like this but it was great. Just click on one of the circles to start the loop going and sit back and see what happens. 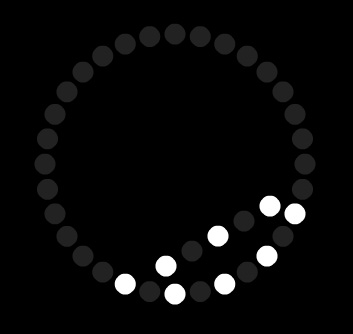 I just installed this great plug-in for highlighting code in my posts:

Install and put <pre></pre> tags around the code you want to use.

I was building a nice little car racing game last week and got stuck on a problem to do with rotation. Getting the car to follow the cursor wasn’t a problem but as I put a restriction on the amount the car could turn, I couldn’t just make the angles equal each other. This meant that I had to calculate the difference between the angles and then rotate in the right direction a maximum amount each frame. Everything is going well until we go past 9 o’clock and suddenly rotation jumps from 180 to -180. Now my math difference calculations are out the window and my car is spinning back the wrong way! This is the solution: